About this time more than 20years ago, she was plotting her appearance into the world and hoping her hosts wouldn’t mind her making an appearance in the evening. She couldn’t just wait for the characteristic middle of the night appearance because honestly, she really wasn’t supposed to arrive at that location. Her destination had been somewhere in Europe, but then the dude sitting beside her in the baby delivery train had caught her eyes and heart and she had decided last minute to get down at his stop. Alas, it has been more than 20years and their path is yet to cross. Hmm. Or maybe it has crossed and she just doesn’t recognize him. Whatever the case, they’ve got to hook up soon but if they eventually don’t though, she wouldn’t regret dropping at his stop. It has been a great experience filled with ups and downs and she was grateful as there were worse locations. 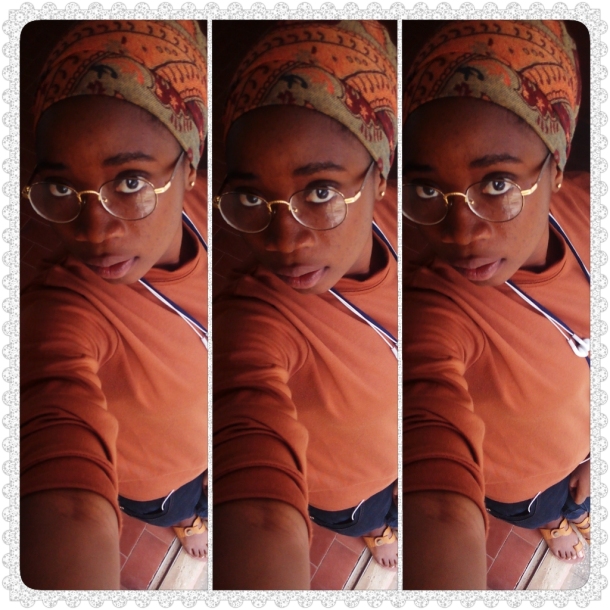 Hehe. The Girl chuckled at her thoughts. Who has this sort of weird thoughts on their birthday? Phew. It’s the beginning of another year for her. A new year of mountain climbing, bridge crossing and recording achievements. Hopefully, it’ll be a great year, better than the last and not the last. She sighed.

My baby is a year older today. How time flies. She smiled, reminiscing on past events. She had gone to the hospital for a pregnancy test after missing her period twice and the doctor had pronounced her NOT pregnant. About three more subsequent tests were carried out with each doctor saying she was NOT pregnant. She and her husband had been alarmed. If she wasn’t pregnant, why the symptoms they both wondered. Until they finally got assigned an experienced doctor who finally confirmed and assured her she was pregnant. She chuckled has she remembered the doctor telling her husband to sue all the doctors who had said she wasn’t. Her baby is no longer a baby, but a young woman and she couldn’t be more proud. Kindness, Understanding and Intelligence her father claims she got from him. Hmmm. Maybe. Maybe not. A tad introverted, a little proud and unabashedly opinionated *that she definitely got from him* “Her baby is growing into a fine woman. Job well done she must say.

His girl has added another year. He really should find those doctors who said she wasn’t conceived and sue their ass off. He thought to himself. His girl, she understands him so perfectly, but of course she’s just as intelligent as he is. A very good girl he must say, never giving him so much trouble. Although he isn’t so sure if some trouble isn’t bubbling in her and still anticipates some trouble in the coming years. You never know with this kids. She has never disappointed him in a major way though, but then she was playing a major hide and seek with them doctors even before she was born. Eh. Well. Whatever. He would still love her regardless.

That aje’s birthday is today. Choi. That crazy girl, with her intruding big beautiful eyes stalking you until you spill your secret. She’s a good listener though, I swear she should have studied psychology or something psychy. She’ll make you feel special just by listening. Choi. Now I’m sounding smitten.

That girl’s adds another year today. She and her quirky self, always knowing how to do the oddest things, like fixing a bad socket or plug or a malfunction in a phone or laptop and doing the weirdest things, like having time to watch marathon movies, play video games, read novels, roam the internet and still study and pass with flying colors. Kai. Like it’s not the same 24 hours we have.

Hmmnn. This girl don reach to marry o. and if you tell her now, you’ll be hearing “I’m still young na” or “I’m not looking for a husband” or “There’s more to life than marriage”. Madam Independent. And if you approach the boyfriend discuss, na to just laugh. And no be say she no fine o, despite her makeup devoid face, she try. If only she go allow me minister to that face with makeup only once. Anyways, hopefully she go soon find her match wey go give her a run for her sanity. As for today, I dey arrange chilled pure water and maybe zobo wey we go use baff her. Maybe we go fit baff off some of that mentality.

This stupid girl’s birthday today. Proud little thing, always behaving as if she’s superior to everyone and staring at you like she knows your deepest darkest secret. Be forming good girl, always quick to say sorry, after biting your head off with a snap. Mtchew. All na pretend, I think. Only God knows what she gets up to when she’s alone. Anyways, I still like her a bit sha she’s kind and considerate, so I’ll wish her a happy birthday.

She dashed into the bathroom, took a hurried bath and dashed out pulling on her clothes as fast as she could. She has exams in 30minutes and had lost track of time, whilst trying to do some revision more studying. Her phone had been bipping continuously all morning but she had ignored it, probably birthday well-wishers. She’ll reply and call flash them all as soon as she gets back. As she stepped into the exam hall, she thought of the threat to pour chilled water and zobo on her immediately after the exam. Choi. Who does this in the university, in final year for goodness sake? Her crazy friends apparently. Instead of them to bring gifts and throw surprise party. Hian.

She glanced up sharply. Damn it. The whole class knows. Lemme just post this now cos I won’t have the time after the exam. These people’s eyes are shining like they’ve coordinated their plan properly and escape maybe difficult. Phew. She thought has she tapped the publish button.